In my conversations with friends of ours who have children, their relationship with their spouse has been identified as one of the most important aspects of parenting. To them, this means having similar values, open communication, and a commitment to the health of the relationship. This past week was Matt and my five year wedding anniversary and a great opportunity to recharge our commitment to each other and remind ourselves what we value in our relationship.

For our five year anniversary, we decided to take a road trip to Kure Beach, NC to visit our friends Megan and Silas. To make sure the drive wasn’t painfully long, we decided to stop in Richmond, VA. There we made plans to see RuPaul’s Werq the World Tour.

Our friends, Maria and Viktor, attend Wasteland Weekend (a post-apocalyptic getaway). They are pretty hardcore about it (outfits and makeup all year round). They had mentioned that there was a bar they wanted to go to, but hadn’t had a chance to. It is a heavy metal bar called Gwar Bar, after the metal band, Gwar.

Matt and I love trying new things, especially if it would be unexpected for us to try said thing. This being the case, we had to go. It was amazing! Heavy metal played in the background, the TVs played Silence of the Lambs, and all the waitresses wore black leggings, combat boots, band shirts, and bright red mullets and rattails. The interior had blood splatter on the walls, swords hanging from the ceiling, and dramatic scenes of animals fighting on the walls. The bathroom was covered in graffiti and band stickers.

Despite the ragged atmosphere, the food was delicious. I did make the initial gaff of trying to order an unsweetened iced tea. I suppose if I had thought about it, I would have figured that they wouldn’t carry such a weak beverage. I quickly ordered the “Drug Mule” (a Moscow Mule). We had amazing deviled eggs, poutine, and their Chicken McDuckets were AMAZING. Evidentially, I made purring noises as I ate the fried mozzarella, chicken, and duck filled nuggets.

I would say that this discovery was worth the risk! Matt and I love enjoying these new experiences together. We critique the food, enjoy the ambiance, and like to push ourselves out of our comfort zones- together. This is a trait inherent in our relationship and will translate well into being flexible and engaging parents.

After leaving the Gwar Bar, Matt and I went to see the RuPaul’s Drag Race Tour. We love looking at all the fans dressed for the occasion. We saw several men in sequined bomber jackets and heels, both men and women in amazing makeup and hair styles- one group of fans came adorned in large fabric butterfly wings. The crowd was made up of all ages, from a little girl in fourth grade (she was called up on stage at one point, which is why I know her grade) to people in what appeared to be in their late seventies.

Matt and I love these sorts of environments. Settings where people feel free to be who they are and express it openly, without fear, no matter their age, sex, race, gender, and sexual orientation. That’s why we love drag queens. They are not only leaders (in many ways- watch Paris is Burning and read up on the Stonewall Riots if you want more details on this area) in our community, but also they are the embodiment of this celebration of self-acceptance and self-expression. These are traits that Matt and I hope to foster in our future child(ren) and continue to foster in each other.

We also love the inherent comedy woven into the acts of many drag queens. We watched as each drag queen stepped out on stage with a unique outfit, creativity draped over male bodies transformed into female ones. Creativity is transformative. Another reason Matt and I enjoy drag shows. As audience members we get to witness this transformation. I think that’s also something we enjoy about our relationship. Watching each other overcome our struggles and having to transform ourselves to overcome them. 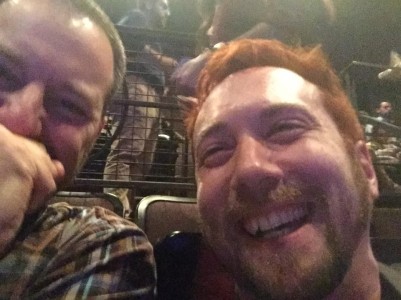 Despite the amazing efforts of the drag queens, the title of the Most Humorous of the Evening goes to the sixty-something year old woman sitting in front of us. During the intermission, she was talking with the rest of the women in her group. I saw an image that looked anatomical in nature on her phone. In fact, from afar, it looked as though it were a diagram of ovaries. She began sharing it with others. I felt really sad for her. It looked like she might have been diagnosed with ovarian cancer. Then I looked over at Matt, who was chuckling intensely. I asked what he was laughing so hard about. Apparently she had googled how drag queens “tuck” (think Buffalo Bill from Silence of the Lambs). We laugh so hard it hurt.

The next day we had lunch with Matt’s college friend, Letitia, and her husband, Lincoln. We had a great lunch catching up. We had a long conversation about of adoption journey. We then continued our trip south to see Megan and Silas. Matt had known Silas since high school.

Both sets of friends have been incredibly supportive over the years and play pivotal roles in our wedding. In our wedding, we didn’t have roles like Best Man, and Maid of Honor. We didn’t like those terms and we felt that it put too much pressure on one or two people. It just didn’t feel fair. So we created a “Support Team,” who were people selected to be in our wedding, and they were given roles that played to their strengths and talents. By coming together as a small community of friendship and support, our wedding was nothing short of amazing. We have seen it again with their support of our desire and journey to become parents.

Sharing Our Pasts and Passions

While in NC, Megan, Silas, Matt, and I went to see Lindsey Buckingham in concert. Matt is a huge Fleetwood Mac fan, and more specifically, he loves Lindsey Buckingham. During the concert, I could see why. Lindsey seemed as though he is polydactyl. He would strum the guitar with five fingers and I swear I would hear eight notes played. In the car, on the way back to Megan and Silas’s home, we discussed all the aspects we enjoyed about the concert. Matt got to share his favorite songs and his excitement at hearing them played live.

As a side note, Megan shared how Adele’s “Set Fire to the Rain” can become a completely different song if you replace the word “Rain” with “Loraine.” Hilarious! 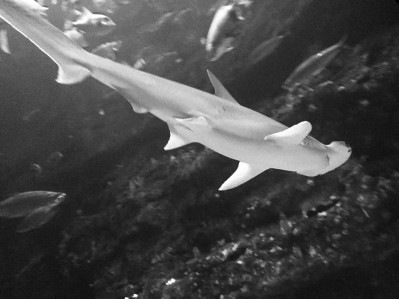 The next day, after the concert, we all went to the beach and also went to the local aquarium. I think one of our favorite things to do is take artistic photos together. We stood in front of the giant fish and shark tank for quite some time “fishing” with our camera phones. Later in the car, we shared our photographs and discussed which ones we liked the most and why.

At one point in our visit with Megan and Silas, Matt and I spent some quality time at the local arcade. We played our favorite pinball table, Ghostbusters. We discovered another mini-game within the game itself. We also discovered a new bowling arcade game, which I actually won. This might be the only time I have ever won a game of bowling. In both games, we cheered each other on and supported one another’s victories. We actually tend not to be highly competitive people. 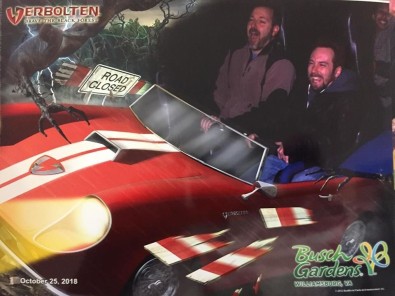 Matt and I don’t have many additional traditions outside of Thanksgiving and Christmas, but doing something for Halloween is a tradition we don’t break. This year, we went to Busch Gardens’ Halloween event. We got to explore seven haunted mazes and several roller coasters. We were chased by chainsaw wielding maniacs, dropped into unknown dimensions, lost in corn mazes, and stalked by sinister clowns. We watched a vampire musical medley, and ate some of the best amusement park food EVER (seriously, the German potatoes are a thing you need in your life). It was so much fun!

We had an amazing anniversary week. It was wonderful getting to spend quality time with each other and celebrating the aspects of our relationship that we cherish. By spending this time together, we are reestablishing our commitment to each other and it is this commitment with will make us wonderful parents.