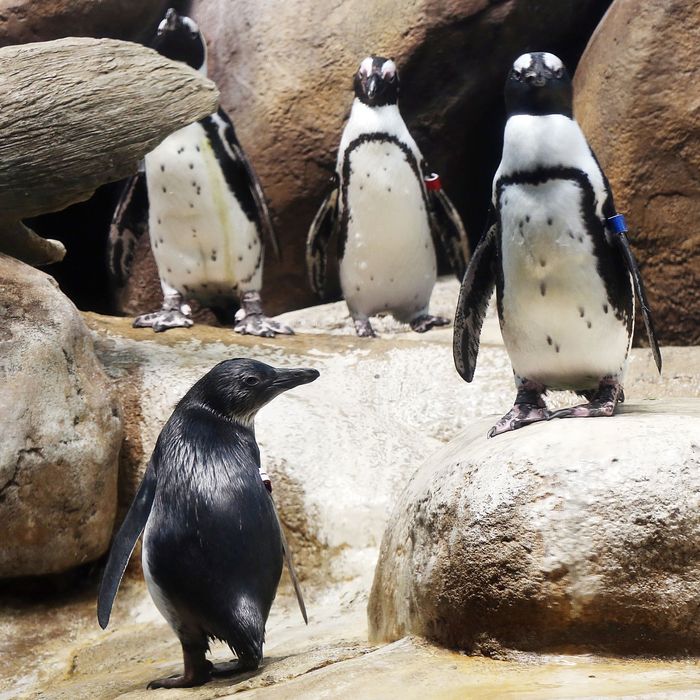 Drama is afoot in the Dutch queer penguin community after two gay lovers with a reputation for trouble stole an entire nest of eggs from a neighboring lesbian couple at the same zoo.

Within the queer penguin community at large, fostering eggs is relatively common: On multiple occasions, zoos and aquariums have gifted unhatched eggs to gay and lesbian couples exhibiting behavior that suggests they’re desperate for a chick, like building mock nests out of pebbles. But rather than demanding the same of their caretakers, one pair of African penguins at the DierenPark zoo in Amersfoort instead took the matter into their own claws by snatching eggs from two mothers-to-be, according to DutchNews.nl. The conniving boys have since been sharing caregiving duties, taking turns keeping the eggs warm and foraging for fish.

What’s more, this isn’t the first time the fellas have resorted to unlawful action: Just last year, the same couple stole an egg from a different penguin family and faced zero repercussions for doing so. It’s no wonder, after that egg didn’t hatch, they felt emboldened to steal again. Meanwhile, the female penguins have no recourse.https://platform.twitter.com/embed/index.html?creatorScreenName=aMandolinz&dnt=false&embedId=twitter-widget-0&frame=false&hideCard=false&hideThread=false&id=1318463142263967746&lang=en&origin=https%3A%2F%2Fwww.thecut.com%2F2020%2F10%2Fgay-penguins-stole-an-entire-egg-nest-from-lesbian-penguins.html&siteScreenName=TheCut&theme=light&widgetsVersion=ed20a2b%3A1601588405575&width=550px

While the lesbian couple are the victims here, it’s unlikely the boys will get the happy ending they so desperately desire. According to the zookeeper, there’s a decent chance that the stolen eggs were never fertilized, meaning chicks may never hatch from them. When you think about it, it’s really quite sad — for all penguins involved. Hopefully the zookeepers will step in and give everyone free eggs soon!